Various modes of reproduction occur among brittle stars and basket stars. The majority of the species is dioecious (has males and females) and produces either eggs or sperm. Some species are hermaphrodites, either simultaneously producing both eggs and sperm or in sequence, first as males then as females or vice versa. Brooding occurs in a small number of species in which eggs are kept inside the disc in special pouches called bursae, containing gonads and serving also as respiratory organs. Even asexual reproduction occurs in some species, which are usually hexamerous (with six arms) instead of the usual pentamerous symmetry (with five arms). These divide across the disc, each half regenerating half a disc and three arms.

Larval types range from planktotrophic (feeding on plankton) to lecitotrophic (not feeding) and stages in between. Brooding species often do not provide nourishment for their offspring, which rely on the energy reserves stored in the yolk of the egg and develop through non-feeding larvae. 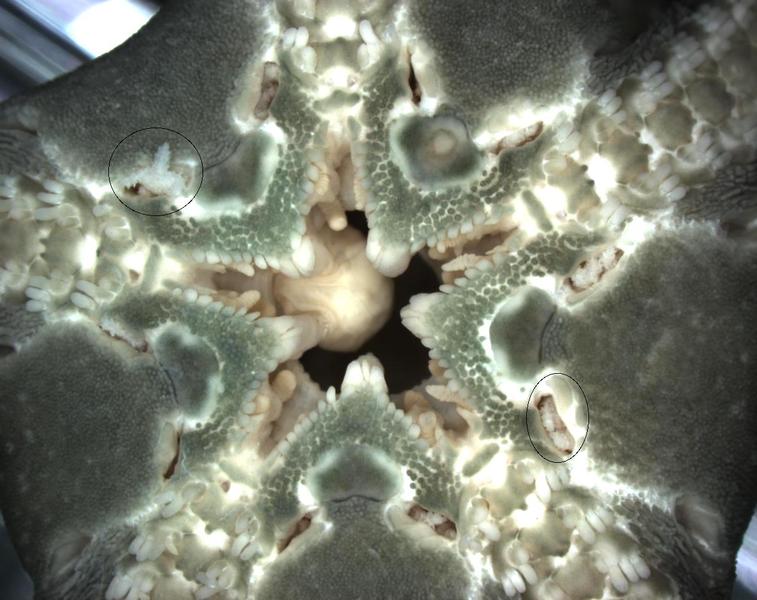