The extreme temperatures of the Antarctic environment generate harsh conditions thanks to the scarcity of food resources, more pronounced during the long winter months. Under the ice layer the primary production is limited by the fact that the availability of food is very scarce. Few nutrient contributions dragged by the convecting currents lead to a similar oligotrophy, albeit for different reasons, to that of the bottom of the deep sea. The only way to survive in such harsh environment is to use those few food sources that can be found, whatever it would be. This condition for survival has acted as selective pressure so that omnivores trends would been established phylogenetically in benthic organisms.

Among the Brittle stars from Antarctic waters there are carnivorous, like Astrotoma agassizii, herbivorous, like Ophioplocus incipiens, but in a special way dominate the omnivorous ones, such as Ophioplinthus gelida, Ophioplinthus brevirima and Ophionotus victoriae. 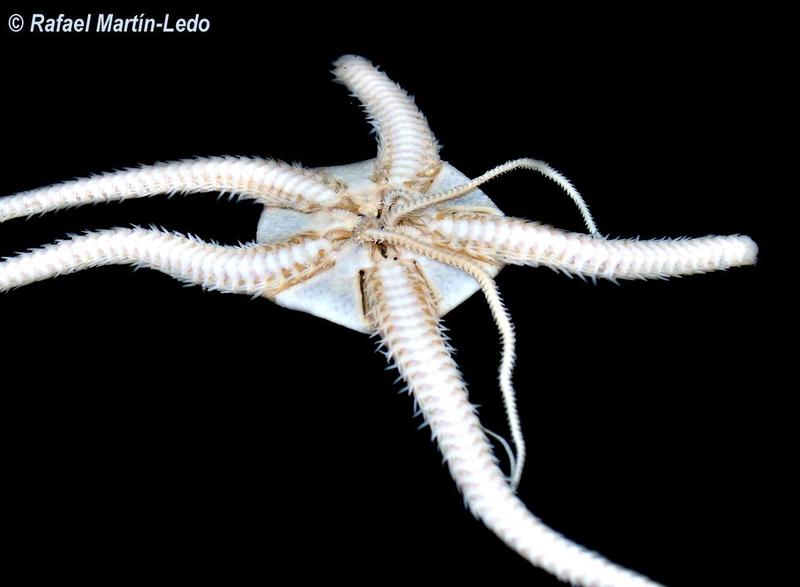 The diet of Ophionotus victoriae, possibly the most abundant ophiuroid of the Antarctic benthos, is so varied that it has become a real opportunist. It feeds on, among others, sponges, polychaetes, bivalves, copepods, diatoms, asteroids and ophiuroids, it will eat the detritus of benthos including faecal matter and if the opportunity presents itself, it won't hesitate to prey on those of its own kind. To eat and not to be eaten, avoiding being the food of another, with a faster growth in the early years, like it happens to the Brittle stars from the deep sea. 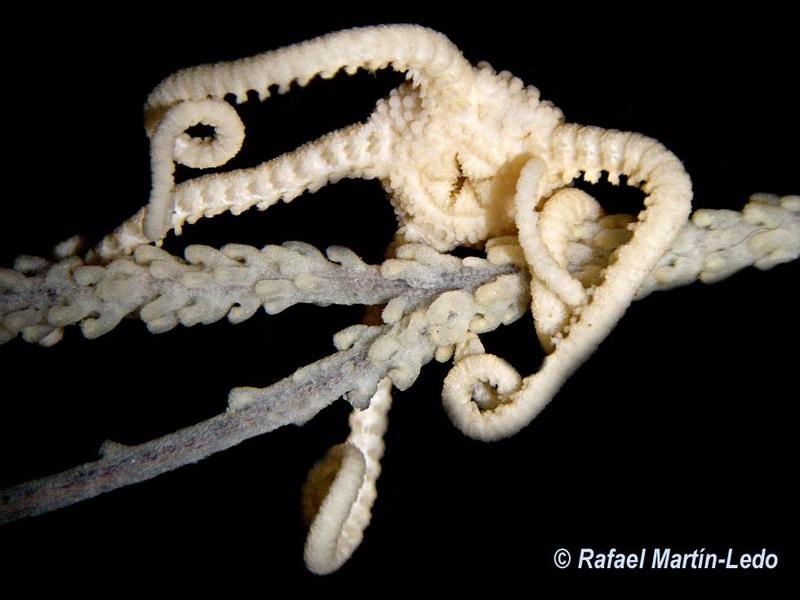 Among the predators is particularly striking Astrohamma tuberculatum, a small and beautiful gorgonocephalid, it takes it into its "head" to eat poisoned crystals or, what is the same, the polyps of the gorgonian on which it lives. Its body covered with a resistant calcareous exoskeleton will protect it from the nematocysts and with its oral papillae it will undress piece by piece the armor of the coral in order to extract the precious polyp.

Well, when starving, no-one should turn the nose up at the food. 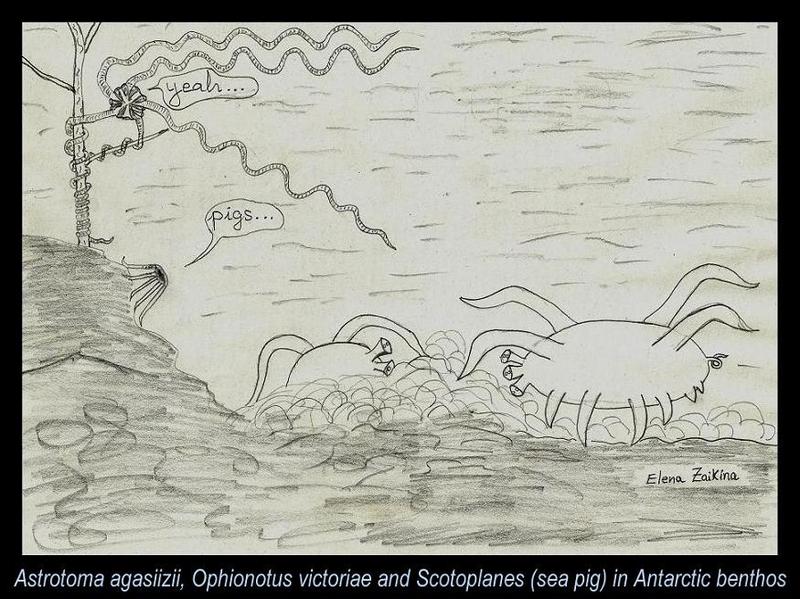